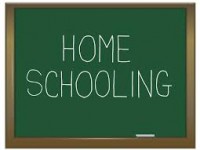 The Number of Homeschoolers Continues to Grow!

What was alternative a decade or two ago appears a mainstream today. Homeschooling has become the fastest-growing form of education in the United States.  In spring 2010, it was estimated that two million kids were home educated in the U.S.. In the spring of 2016, 2.3 million kids (estimated again) were being homeschooled.

Homeschooling is growing in other countries as well, including Canada, Japan, France, the United Kingdom, South Korea, and Russia.

Back in 2009, Dr. Brian Ray from the National Home Education Research Institute invited 11,739 homeschooled students from all 50 states to take three tests. He wanted to learn their academic achievements compared to those of public schools students. The tests they took were the Stanford Achievement Test, the Iowa Tests of Basic Skills, and the California Achievement Test.

Results impress, and here is the takeaway:

“Overall the study showed significant advances in homeschool academic achievement as well as revealing that issues such as student gender, parents’ education level, and family income had little bearing on the results of homeschooled students.”

In 2016, Dr. Ray published additional research facts on homeschooling.  He found that “the home-educated typically score 15 to 30 percentile points above public-school students on standardized academic achievement tests” and they “typically score above average on the SAT and ACT tests that colleges consider for admissions.”

Mike Hanski is a writer and former research associate at USC. You can check out his article 48 Ideas on How to Improve the US Education System here.

Are you homeschooling a child with autism? Autism has received a lot of media attention in recent years. Experts have come about with theories on what causes autism and how autistic individuals…

Faith-Based Christian Homeschooling contribution from Coach Judy   Three Ways to Plug into God’s Power “For I can do everything through Christ, who gives me strength.” Philippians…

Do you find yourself constantly driving your kids to co-ops, music lessons, field trips, sports, and more? Is your homeschooling time feeling restricted by all the time in the car?  This…