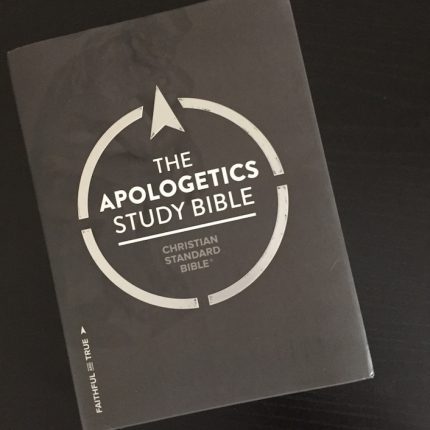 Where Did Other Religions Come From?

The Bible never states how non-biblical religions got their start. Genesis begins with the one true God. There certainly were people who lived in defiance of him (e.g., Cain and Lamech in Gn 4), but there is no account of where these other religions came from in these early chapters of the Old Testament. We finally see mention of idols as they are brought up by Jacob’s entourage (Gn 31:19; 35:4), but by then owning such objects is already an established pagan custom. Scripture’s main concern is to trace the history of God’s covenant people, and it does not immediately pay attention to other nations that do not worship him. When we learn more about Canaanite religion, it is not in the context of the condemnation of Baal worship per se (though it is certainly implied), but as a prohibition for God’s people to worship him alone (Nm 25:1-5). So, there is no biblical narration of the historical origin of idolatry.

The Bible does make it clear that the reason for false religion was for people to seek independence from God, or, more bluntly, to be their own gods. This attitude characterized the fall (Gn 3), when the serpent claimed that Adam and Eve could become like God and they were lured by the idea. The apostle Paul elaborates on this theme in Romans 1. He states that humans could know that there was a transcendent Creator who should receive their worship and gratitude. Yet they worshiped the creation instead. They applauded each other’s genius, committed acts contrary to nature, and recruited others to join them. This suggests a puzzle: if people wanted to rid themselves of God, why did they start to worship other gods and spirits? We will attempt to solve this puzzle in four steps.

1. First, one cannot excise from human nature our need to worship. This fact was brought out clearly in the late nineteenth and early twentieth centuries during debates on the evolution of religion. Many

scholars reasoned that the earliest religious beliefs must have been “primitive,” consisting of the recognition of a magic force or ancestor ghosts pervading the world. These scholars sought to prove their thesis by pointing to modern tribal cultures having little material sophistication, who practiced appeasement of spirits and magic rituals; they assumed that their religion was akin to that of earliest humankind. These scholars, however, did not differentiate among those cultures that accurately reflect the earliest cultures and those that had clearly diverged from a previous pattern. Subsequently, scholars such as Andrew Lang and Wilhelm Schmidt demonstrated that those cultures that were closest to original human culture actually held to monotheism along with a high standard of morality.

2. We live in a world that was created by God, and its very nature leads us to recognize the reality of the one who made it. Many people come to this conclusion simply by an intuition based on the grandeur of the universe, its beauty and complexity, from the smallest level of subatomic particles to the largest realm of galaxies. These reflections can also be expressed rationally by means of the
classic arguments for God’s existence, that unless there is a God, this universe could not exist.

3. Some prominent atheists have conceded that they sometimes feel a need for a divine being in their lives. For example, in the area of morality, we may have to choose between satisfying our own interests and doing what is right. Even people who do not believe in God as the Author of moral standards will usually still attempt to act morally. And so they are confronted with the fact that at times they have rationalized themselves into breaking the rules. In moments of clarity they may recognize that they have acted immorally or sinfully, and their wrongdoings affect other people as well as their own identities, consciences, and souls. Aware of their shortcomings and knowing that as humans they are unable to undo them, they must seek a superior being to forgive what they have done.

Anyone who goes through life with his eyes open recognizes that it is impossible to steer the ship of one’s own life. A person may claim that God is unnecessary, but it is a very different thing to maintain that stance when one’s own child is sick, his crops fail, his marriage crumbles, or his life is in danger. In such times one realizes that he is not truly in control, so he takes recourse to spiritual
powers.

4. But to which powers will one turn? A person could pray to God, but he appears remote and not as someone with whom one can negotiate toward the desired outcome. On the other hand, in an animistic or polytheistic context, the powers are often weak and subject to manipulation; they come with the false promise that if one meets certain conditions, the desired solution will occur. So, even if the outcome should be negative, the person who turns to these powers feels he is somehow in control since the lack of success was his fault. The monotheism of the earliest humans required a high level of behavior, but with little ritual attached to it. People made offerings as thanks and acts of devotion to God, but God did not need to be fed or persuaded to be good, and carrying out these simple ceremonies lay entirely in the hands of householders and patriarchs. But as soon as people shifted away from worshiping the one true God toward gods with less knowledge and power, religion could become a profitable business. There arose experts, such as shamans or priests, on how to negotiate properly with the spiritual world. They claimed exclusive rights to the rituals, which they carried out mechanically, and bound people to their religion with fear. While the Bible does not give us the history of false religion, it makes clear that the motivation for it was the quest for human autonomy.

Nevertheless, the story of the Bible does offer all people reconciliation to the true God through the gift of his Son, Jesus Christ. Through Christ, true worship of God is made possible for all people, regardless of their spiritual history.

This article is from the CSB Worldview Study Bible. Learn more at csbworldviewstudybible.com.
Winfried Corduan, Professor Emeritus of Philosophy and Religion, Taylor University