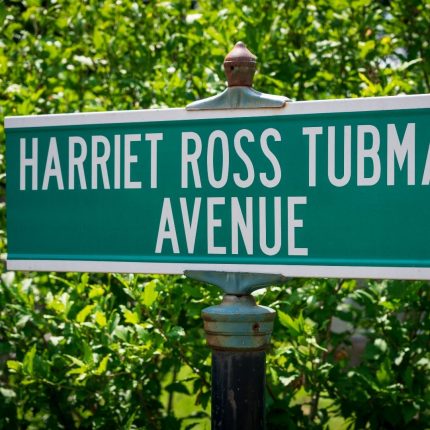 There’s no doubt about it – there are many great women in history who’ve made their mark. Every year, we make it a point to bring you information about women of achievement.  Women haven’t always had the opportunities they do today, but thanks to many pioneers blazing the path, women today have opportunities to do big things. But, who are some of these famous women in history and what were their accomplishments?

From a young age, Louisa May Alcott worked to support her family. Alcott is perhaps best known for her novel Little Women which is still one of the most well-known pieces of American literature. Interestingly, Alcott used to write under pseudonyms for most of her writing career. Little Women helped Alcott secure a financial future for herself until her death in 1888.

Like many other strong women in history, Jessie Ann Benton Fremont was an important financial contributor to her family. Fremont was a political activist and staunch opponent of slavery. She was also a prolific writer who wrote many short stories that were printed in magazines as well as books that provided historical value.

Harriet Tubman was born a slave in Maryland,  was a well-known component in the fight against slavery. She was nicknamed “Moses” after the prophet of the Bible who led his own people to freedom. After leaving Maryland she returned many times to rescue both family and non-family members from the bondage of slavery. Harriet played many roles in history. She was also an active member of the women’s suffrage movement.

Marguerite Higgins was a well-respected war correspondent. For her hard work, Higgins earned the respect of other reporters for her courageous efforts in covering wars from the frontline vantage point. She would provide eyewitness accounts of wars and because of her detailed account of the Korean War, Higgins became the first woman to receive the Pulitzer Prize for international reporting. In addition, Higgins wrote several books covering her journey as a war reporter in Korea, Vietnam, and the Soviet Union.

As an American computer scientist, Grace Hopper was a pioneer of computer programming and invented one of the first compiler tools. Her work led to the creation of COBOL which is still used to this day. During World War II, Hopper also attempted to enlist with the Navy but was rejected for being too young (at 34 years of age). However, she was eventually accepted into the Navy and retired from it at age 60 in 1966.

Born at a time when women were afforded very few educational opportunities, Julia Howe educated herself. Since she had a brother who traveled quite often, she was the delighted recipient of books he would ship from Europe. Eventually, Julia became involved in the reform movement and supported – among other issues – women’s rights. She put her ideas into writing (poetry) and fought heavily for women’s suffrage.

In 1955 Rosa Parks earned the nickname “Mother of the Freedom Movement”, after refusing to give up her seat to a white passenger on a bus in the “colored section” to a white passenger after the whites-only section was filled. She was an American activist in the civil rights movement and became an international icon of resistance to racial segregation.

As a physicist and astronaut, Sally Ride became the first American female to go into space. Sometime later, she became the first American female to enter space twice. While she was assigned to a third mission, her crew’s training was postponed due to a space shuttle tragedy in 1986. Upon leaving NASA, Ride continued to play an active role in science and in space education serving as president of Space.com from 1999 to 2000.

Mercy Otis Warren is an American poet and historian many believe wrote simply to promote the public’s interests rather than her own. She would often write to her friends John and Abigail Adams about the plight of women in her day. Near the close of the 18th century, Warren published Poems, Dramatic and Miscellaneous which was a collection of some of her accounts. In doing so, she developed herself as both a poet and historian.

Elizabeth Blackwell was the first woman to receive a medical degree from a college. Because she was a female, all major schools of medicine rejected her application for admissions. The exception to this was Geneva College where Blackwell attended. Years later, she founded an all-female medical college to help train future female physicians.

As the daughter of missionaries, Pearl Buck spent a great deal of her childhood overseas. For her work in American and Asian literature, Buck became the first female recipient of the Pulitzer Prize. She often wrote about Chinese and Asian culture and events and was a huge supporter of mixed-race adoption.

Recognized as a pioneer for women in aviation, Bessie Coleman was the first black woman to earn a pilot’s license and stage a public flight in the United States, but her training actually happened in France. Since all flying schools in the U.S. had denied her entry, she taught herself French and earned her license from France’s famous Caudron Brother’s School of Aviation in just seven months! She specialized in stunt flying, aerial tricks, and parachuting.

Known as the First Woman of Finance, Muriel “Mickie” Siebert was definitely one of the important women in history. Siebert was the first woman to own a seat on the New York Stock Exchange and was New York’s first female Superintendent of Banking. She also developed her own personal finance program which has helped a tremendous number of individuals over the years. Above all, Muriel Siebert worked toward helping others realize the freedom that comes with being fiscally responsible.

In America, women haven’t always had the freedoms they enjoy today. We still have a bit of work ahead of us before we can say men and women are treated as equals. However, bringing attention to the accomplishments of some inspirational women of history puts us on the right path toward a sense of equality.