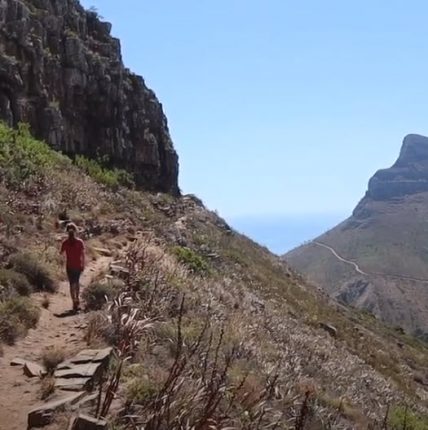 Finding our Balance in Travelschooling

Our little family has officially been traveling the world for a full year now.

Due to covid, we have had a whole lot of obstacles traveling over the last 12 months. Nothing we originally had planned happened, yet so many amazing things we never imagined did. Like ending up on the Continent of Africa. In late September we made the jump from Mexico to Tanzania. Why Tanzania you may ask? Well, it’s pretty simple; our visas were expiring in Mexico and Tanzania was one of the only countries in the world allowing in American tourists. With sixty hours of flights and long layovers in freakishly quiet airports, we made our way to Africa.

I cannot even begin to describe how unbelievable and unforgettable Tanzania is, and how worthwhile it is to visit. But one thing it is not is modern. Our family is traveling on a budget. I realize that is a very loose term, but regarding Tanzania, it isn’t the kind of budget that gets us many of the conveniences we take completely for granted in the USA. We bathed with buckets of water boiled on a propane burner, several times the water just went out altogether – once for 5 days straight. Having power was hit or miss, and food was very basic and mostly starch.  We definitely learned to rough it. After the two months in Tanzania and two months in Zanzibar, coming to Cape Town South Africa was mind-blowing. One might even say we experienced a bit of culture shock.

On top of having a ton of natural beauty, and nearly perfect weather, Cape Town has all the frills of modern city living. We spent the first week just being wowed by things like paved roads and washing machines, water pressure, and ice cubes. Judge me all you want, I took the kids to McDonald’s and the Lego store and felt zero guilt about it. I walked around a drug store for over an hour just being wowed by all the options. These were just the basic things that seemed to so easily wow us after having lived without them for several months.

Confession time.  I have always had this discomfort with raising my children with too much luxury and having it too easy. I worry it will make them spoiled, entitled, lazy, and they will have no real perspective of how the rest of the world lives happily with so much less. My husband likes to remind me that on our income we are in no danger of this being a real problem. Just the same, I seriously do not want materialistic kids, nor do I want to send them into their adult lives with the stereotypical western feeling that enough is never enough, defining success only as wealth, and focused on keeping up with the Joneses.

So now that we are back to the civilized world of Uber rides, Netflix, and 45 different ways to order your coffee, how do we keep a healthy perspective?

How do we hold onto this heightened sense of gratitude and appreciation for all that we have?

As much as the U.S. has been economically hit hard by covid, the rest of the world has definitely felt it too, and South Africa is no exception. In a large city that already struggles with homelessness, the numbers have seriously increased during the pandemic. So as beautiful as this city is, it is near impossible to walk down the street and not see those who are really struggling.

Regardless of where we are in the world, there are always people, or animals, or nature, that can use our help. Here in Cape Town, the kids have been making sandwiches for the homeless and volunteering at a local soup kitchen. On the weekends, they walk dogs who are waiting to be adopted for a local shelter.  While this is all nice, our kids are still young and still find it fun just being able to help. They don’t really see it as a charity as much as they just feel excited that they get to be involved. Nonetheless, it is both a remembrance of how good we really have it as well as a way for them to develop empathy skills. The other day Alejandro was having some snacks in our Uber after a very big hike. All on his own he was noticing the homeless people who come up to the cars at the stoplights to sell whatever they can or just ask for money. He started rolling down his window at the stops and giving each person a handful of his pretzels. I’m sure that isn’t covid approved, but it’s the thought that counts. Right?

Growing up, history class was mostly a list of dates and names which I memorized long enough to pass a test. It wasn’t until I started teaching my own children that I truly realized the importance of really learning history. Learning about people of the past and the challenges they faced and how they handled themselves teaches us so much about the human spirit and helps us to define who we are and who we strive to be.

South Africa is in no way short of impactful history. We visited Robben Island where Nelson Mandela, and thousands of others, were held as political prisoners. Our tour guide was one of those prisoners during apartheid and was able to give us first-hand accounts of what went on during his imprisonment. He was able to share what he was thinking and feeling, and why he now chooses to come back and share his story with others. This makes way more of an impact than simply learning facts from a textbook. It is something that will stay with us and time and time again remind not only to be a decent human being but to focus our attention on the things that truly matter.

Pushing ourselves out of our comfort zone

Ok, I’m not suggesting that we should all take our kids and go live in a third-world country, I realize that is a bit extreme. But now that we are back to the comfortable life it’s important that we, as a family, find ways to keep challenging ourselves. Life has a way of challenging us all on its’ own without even trying to seek it out – for example, a year-plus-long pandemic.

But here is an example of something we did recently to push ourselves out of our comfort zone. We climbed a mountain together. We are not athletes. I’m the only one in this family that even works out. It was physically really hard for all of us. Ok, it did not appear to be very hard for Alejandro who was basically running up the mountain but the amount of complaining he did the whole 3 hours would make you believe otherwise. The kids also saw their father struggling but not quitting. Reaching the top, they not only got to experience the amazing view, but it also taught them that there is more to life than comfort, and pushing beyond it can be rewarding. That adversity and effort can lead to accomplishment. Sitting in a comfortable chair with a cool drink feels nice, but doing it after climbing a mountain makes it meaningful.