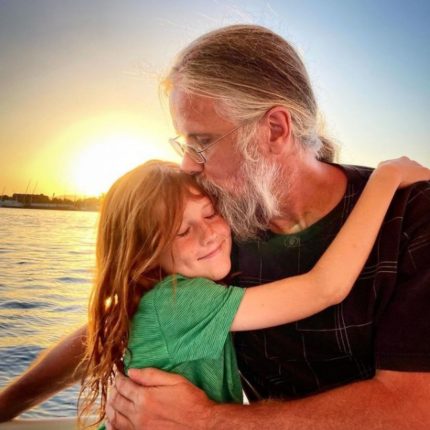 Traveling with an ADHD Child

When leaving to travel the world, our original plan was to visit one country each month, staying in 3-4 different towns, spending a week or so in each one. Covid hit almost immediately after we started traveling, so we never really experienced traveling at that pace…that is until this month when we decided to try and see as much of Egypt as we could in 22 days.

There are a few things we neglected to consider before this trip. Summer in Egypt is hot, crazy hot. In Fahrenheit, we are talking high 90’s in Cairo, and a whopping 114 degrees in southern Egypt. Saying it in Celsius may sound better, but 45 Celsius is still crazy hot.

Even though we each keep our luggage down to one carry-on and one backpack, it is a lot to lug around on buses and trains and up and down stairs every few days. Egypt is a heavily touristic country, and traveling at low season only added to the constant bombardment of strangers trying to sell us stuff, asking for selfies, and continually occupying our time and attention. Did I mention it was hot out? Most importantly, we didn’t take into consideration how this high-speed, whirlwind environment would affect our ADHD son and his need for stability and consistency.

Even with 3 months to explore Egypt, it would still be a wild and crazy ride.  The city of Cairo itself has 22 million people and no traffic lights. You just hold your hand out and cross…and hope no one runs you down.  There is more garbage and dirt flying around than anywhere I have ever been. Taxi drivers rear-end each other all day without letting it interrupt whatever song they are singing and dancing along to at full blast in their barely-held-together non-air-conditioned car.  While the people of Egypt are seriously some of the nicest people in the world, the degree of their interest in tourists can be all-consuming. Even when we could manage to get ourselves away from the tourist traps of people constantly trying to sell us something, we would just be surrounded by locals who must have thought we were celebrities as we got swarmed by people wanting selfies with us.

We still had an amazing time, even if we are happy to go back to the slower pace of travel that works better for us. However, along the way, we learned a few tricks to give our son some peace of mind and travel with more ease during those high-pressure situations. Since most people don’t have months to spend in a country and typically need to squeeze their trips into a week or two, here are a few tips to make traveling with an ADHD child a little easier for you, and for them.

Communication is key when it comes to helping someone with ADHD. 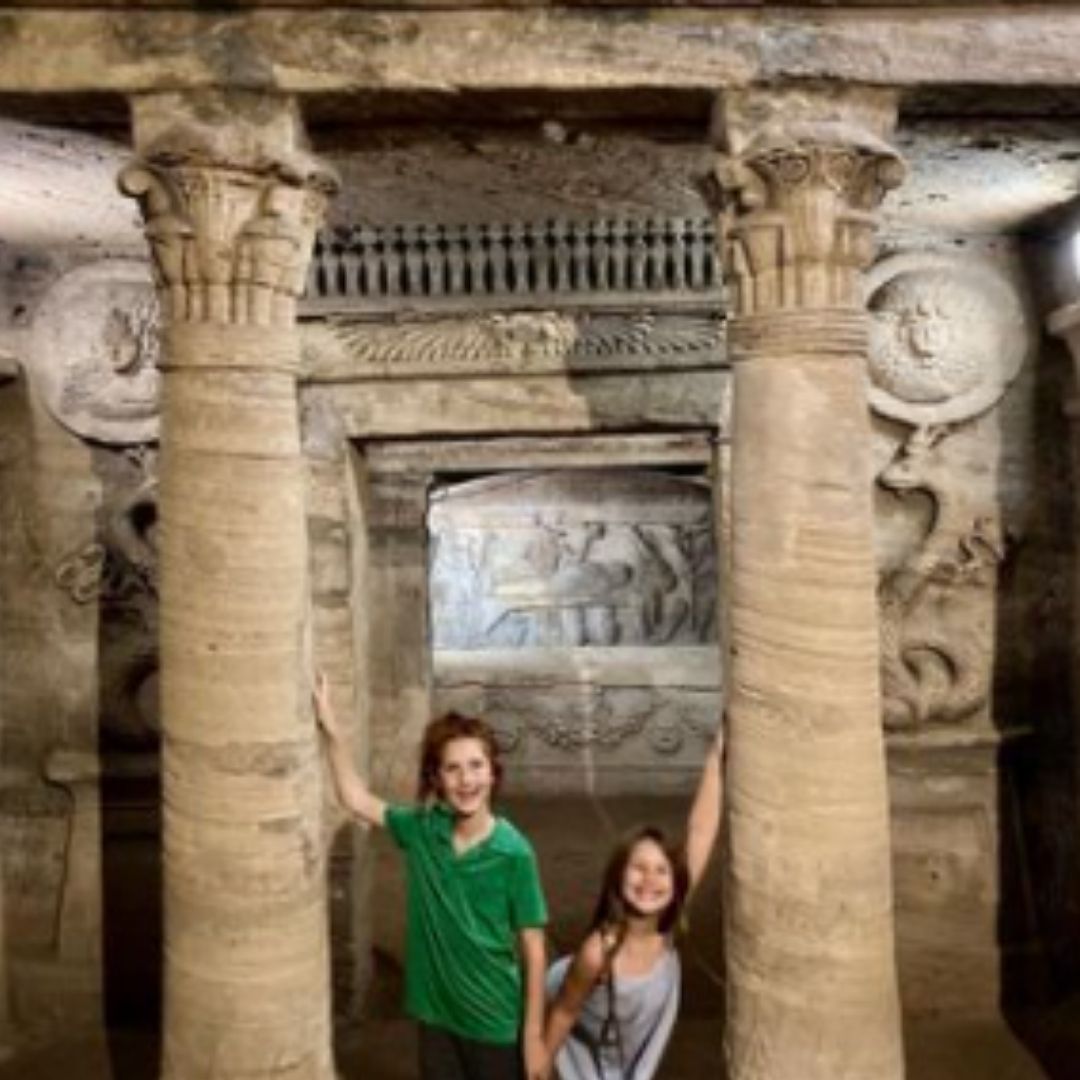 Most people think of the hyperactivity of ADHD when it comes to young kids, but really that is only part of it and quite often not the most difficult part. ADHD’s main obstacle is a lack of focus, or a hyper-focus to the point that all else is blocked out. Our son can literally repeat back to us word-for-word what we just said to him, without actually comprehending it. It’s really quite impressive.  It’s like an out-of-body experience for him. He can repeat back a to-do list while maintaining his complete focus on whatever his latest obsession is.  You can talk to him all day long, but if he isn’t comprehending what you’re saying, it has no effect. When the world around him is busy and overstimulating, it is that much harder to get his attention. When this happens, here is what we do.

For us it works to literally get down to his level, so we are eye to eye. He will avoid eye contact because he knows it will pull his focus away from whatever it is he is hyper-focused on.  In order to break that I tap him on the nose, then tap myself on the nose and do this a few times until I see the flash in his eyes that I have broken through his current train of thought.  It doesn’t have to be tapping on the nose, but it has to be something he finds just annoying enough to give you his attention without being so annoying he loses his cool.

Now that I have his attention there is a very small window before it’s gone again. There is no time to give lengthy details. A simple, “We are looking for a place to stop and get cold drinks,” is all he needs.  Now I need to know that he comprehends. A good trick to this is having him repeat it back to me but in his own words.  This forces him to process what was said.  I can trigger this by breaking up what I just said into smaller questions like: “What are we looking for?  What kind of drink do you want to get?” As long as he isn’t allowed to just repeat word-for-word what I said, he then has to stop and process.

Just as he can withdraw into his own world when he gets overwhelmed, when he gets physically uncomfortable, he can obsess and hyper-focus on his discomfort.  If he is the one who is hot and thirsty, the desire to stop and get a drink can consume his thoughts.  It doesn’t matter to him that he has traveled thousands of miles to see the pyramids of Giza and is finally standing in front of them. He is now thirsty and he will make this the whole world’s problem until it is solved. For me, this is the most trying of situations.  Historically, my reaction has been to abandon ship, save ourselves the embarrassment of an outburst, and just feel bad that we came all this way and didn’t get to see what we came for. Robert is the one who decided that taking the selfless martyr approach not only left us feeling defeated but also didn’t help Alejandro build any coping skills of his own.  While it isn’t perfect, the good old-fashioned “consequence vs reward” quite often gets him to behave long enough that we don’t have to lose the moment. Basically, we take whatever he is hyper-focusing on and use it to motivate him to finish the task at hand.  It has to be able to go both ways though. There has to be something to gain and something to lose. It can be as simple as setting a timer and explaining, “If you can go 20 minutes without complaining or asking about the lemonade, we will get you the lemonade. But each time you complain or ask about the lemonade, we will add 5 minutes to the timer.” ADHD kids love a good drip of dopamine to the brain, so my son will actually work really hard to behave. Does this mean he is going to have the big epic moment at the pyramids I was hoping for? Maybe not. But does it let us get through it without some sort of epic meltdown that leaves us all crying? Usually. Even better, sometimes it proves enough of a distraction that he stops focusing on the discomfort, and can actually enjoy the moment.

Pick your battles and be flexible

It doesn’t matter what time Alejandro goes to bed; he will wake up with the sun. Any belief that staying up late means he will sleep in the next day is just us lying to ourselves. Everyone needs sleep, and no one is at their best without it.  For Alejandro, however, lack of sleep makes him even more hyper and harder to focus. In all of our travels, late-night activities are just off-limits unless we are willing to deal with the consequences over the next few days. This is quite often not a price we are willing to pay. We also need to eat healthy and our ADHD son, who is so active he doesn’t have an ounce of fat on his body, also needs to eat often. It doesn’t help that he can be a picky eater.  On more than one occasion, we have found ourselves wandering the streets of a foreign city, as everyone’s blood sugar is dropping and our decision-making abilities are waning, looking for a place to eat that fits all our criteria. Sometimes the best solution isn’t to hold out for the perfect solution and just fix the most urgent need, which in this case is getting anything to eat, even if it’s another order of fries and falafel.  While it is important to work at the things that help improve and manage his ADHD and our overall well-being, if we are not flexible it can make things even worse. We were recently on an overnight train and that got delayed an extra three hours. While we normally limit Alejandro’s screen time to an hour a day, being confined on a train with limited resources wasn’t the best time to enforce this normally healthy practice.  We have learned that whatever rules we make we need to keep the bigger picture in focus and be flexible when the moment calls for it.

While you can never be prepared for every moment and how your child is going to respond to it, I hope I have given you a few more tricks to try. When all else fails, it always helps me to just remember my priority. My family and our peace of mind outweigh how polite I come across to strangers, or how much I care who is looking at us on the streets. Keeping the bigger picture in focus always makes every crazy moment just a little bit easier to handle.

A quick video from our last stop! 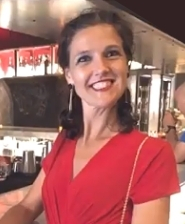 The Esteves family left the states in late February 2020 to travel the world full time. Just three weeks later Covid-19 hit and changed everything. Share in their adventures as they document both the good times and the fiascos while navigating their way around the world in these uncertain times. Their YouTube channel is Culture Trotters. Get daily photos of their experiences on Instagram @culturetrotters.

World Schooling: Helping Kids Thrive in a Time of Chaos

Life With a Child With ADHD