Are you familiar with Juneteenth? Do you know what it is or why it is celebrated? If not, let’s have a little history lesson together! It’s a national holiday definitely worth including in your homeschool for your children.

To know why we celebrate Juneteenth, we must go back to 1863 during the American Civil War. President Abraham Lincoln signed the Emancipation Proclamation on January 1, and in doing so, he declared “that all persons held as slaves” within the rebelling states “are, and henceforward shall be free.” This granted freedom to more than 3 million slaves!

With the war still raging, however, news was slow to spread. Two and a half years and the official end of the war would pass before Union soldiers arrived in Galveston and brought word to the state of Texas that slavery had been terminated. Upon their arrival on June 19, 1865, those who had been slaves were naturally overjoyed at the news of their freedom. They began to sing, dance, pray, and feast.

As it does, it took time for things to change, but on June 19 of the following year, Texans had the first official Juneteenth (a mash-up of the words “June” and “nineteenth”) celebration. They sang spirituals, held prayer meetings, and wore brand new clothes as a symbol of their new lives and freedom.

Juneteenth became an annual tradition in Texas, and other states eventually began joining in the celebration as well. It gained traction and became more wide-spread during the Civil Rights Movement in the late 1960s. It was officially recognized by Texas as a state holiday in 1980, and many other states followed their example. The legislation for Juneteenth to become a federal holiday was passed by Congress and signed into law by President Joe Biden on June 17, 2021. 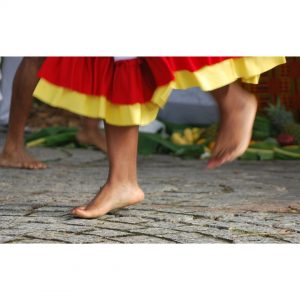 Today, celebrations typically include parades, speeches, religious services, and lots of food, singing, and dancing. The color red is associated with this holiday. It stands for transition and sacrifice. Many wear the color red and eat red foods in their celebrations. If you’re looking to join in the Juneteenth festivities this year, here are some suggested ways to include your family in the celebration:

Tips for Teaching Black History in Your Homeschool