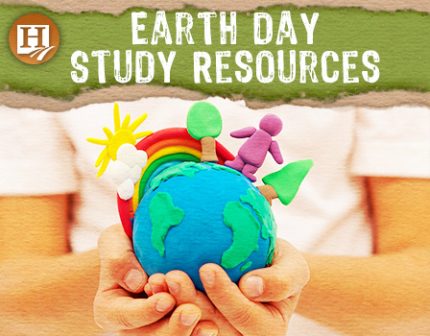 Are you a “Green Goddess” or a “Trash it Tom? Recycling is an important thing we can all do to help preserve our environment. No doubt, you’ve heard the phrase “Reduce, Reuse, Recycle,” but have you ever given much thought as to what that phrase means? Earth Day is a wonderful time to practice eco-friendly habits!

The History of Earth Day

Earth Day began as the result of a devastating oil spill in Santa Barbara, CA that led to environmentally conscious individuals taking a stand. The oil spill occurred on January 28, 1969 and was so massive that it wiped out over 10,000 seabirds, dolphins, and sea lions. On that day, over three million gallons of oil spilled. As a result, environmentalists decided to create environmentally-focused education and Earth Day was established.

Following the oil spill, Senator Gaylord Nelson became inspired. With the anti-war movement in full swing, it only seemed natural for an environmentally-conscious movement to follow suit. Initially, Senator Nelson announced the idea for a national “teach-in” focused on the environment. The date – April 22nd – fell between Spring Break and final exams.

The first Earth Day was held on April 22, 1970. On that day, 20 million Americans went to the streets, parks, and auditoriums to rally for environmental education. Many colleges and universities also took part in the celebration. Suddenly, groups who had been protesting against oil spills and other environmentally destructive practices began to realize that they shared common ground. At the end of that year, the Environmental Protection Agency was created as a way to continuously ensure environmental awareness.

By 1990, another wave of environmental awareness took place and the new holiday actually went global. This time, 200 million people in over 140 countries joined forces to speak out about environmental awareness. Earth Day 1990 resulted in President Clinton honoring Senator Nelson the Presidential Medal of Freedom which is the highest honor a president can award a civilian.

Today, activists have many more ways of spreading the word about environmental conscientiousness. Namely, social media plays a pivotal role in reaching millennials and making them aware of ways they can cut down on things harming the environment. It also helps promote togetherness and awareness. Earth Day 2000 relied heavily on the internet to transpose messages and activism. These days, activists continue fighting for a cleaner environment and promoting awareness. Earth Day 2020 will mark 50 years of Earth Day celebrations and is expected to help shape the way 21st-century individuals view our planet.

Now that you know a bit more, you’ll be fully prepared to do a well-rounded unit study with your children. Here are some additional resources to complement your studies: