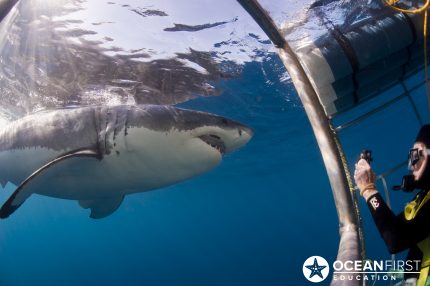 The ocean covers more than 70% of this planet; it ignites our curiosity and impacts our lives every day. While it’s not always easy to interject a little marine science into your routine, we’ve created a few ideas to help you get started.

The concept of living things is prevalent throughout the elementary grades, so introduce a marine animal into the mix to enhance student understanding. Start out simple with Sea Lions, a marine mammal very similar to dogs. Both are carnivorous mammals that bark. Have your student compare and contrast the family dog with a sea lion. What would happen if a sea lion were brought into the house and the family dog sent out to sea? Could they both survive? What characteristics help them to thrive in their own habitat, but are not very helpful in the new one?

Recognizing that animals with similar characteristics belong to the same group is an important part of the scientific classification process; understanding the unique characteristics that make the animals different and ideally-suited for a specific habitat is also important.

You may find these Explorer Series helpful in introducing your student to a variety of marine organisms they can use to compare and contrast with the land-based plants and animals around them. 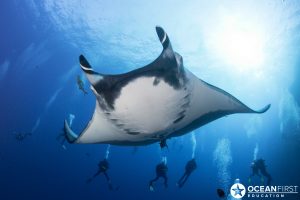 Take things a step further and contrast the characteristics of the habitats found throughout the ocean with those found on land. The rules that govern terrestrial habitats such as temperature, precipitation, sunlight, and available space also influence marine ones. In fact, marine ecosystems have a few more factors to contend with such as salinity, pressure, currents, and tides.

For example, what properties are shared by a coral reef habitat and a flourishing flower garden? How do the animals living within each obtain their needs? What abiotic factors influence both habitats? How are the habitats different? What factors impact a coral reef but not a flower garden, and vice versa?

Every habitat is unique, from the living things that inhabit it to the abiotic factors that influence it; recognizing this is key to the understanding and conservation of both terrestrial and marine ecosystems.

Explore marine ecosystems without getting wet via an assortment of device agnostic 360 Lesson Plans and Virtual Field Trips that bring the various habitats found beneath the waves to the palm of your hand. 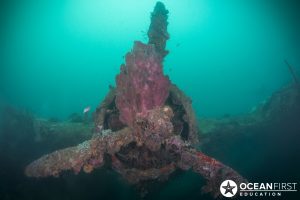 At the high school level, consider introducing traditional biology, ecology, and environmental theories through the lens of the ocean.

More often than not, trophic cascade is exemplified by the classic wolf and deer scenario, where the wolf population keeps the deer population in check, resulting in a healthy, sustainable ecosystem with plenty of food and water for all to thrive. Remove a component, and the entire system begins to collapse. The same balance is at play in the ocean. Expand the example to marine predator/prey relationships such as sharks and snappers on a coral reef.

Review the two ecosystems first and then encourage your student to investigate the “domino effect” of removing sharks. What role do sharks play in the ocean? How is it similar or different from that of wolves on land? Would it surprise you to know that 25% of all marine life is found on a coral reef? What happens to all of that marine life when shark populations are reduced? Then, take it deeper and investigate the anthropogenic impacts. How does this impact the local economy that relies on the tourism dollars that the reef brings in? How does this impact the resources traditionally harvested from the reef? 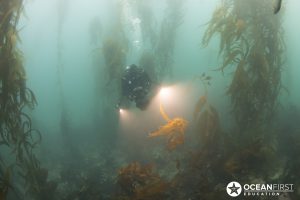 Whether your student is just beginning to appreciate the sea or is ready to become the next Jacques Cousteau, bring the sea to life with online marine science content from Ocean First Education.