Sometimes it seems like America has a ton of holidays! Labor Day – which falls on the first Monday in September – comes about ¾ of the way through the year. For some people, it marks the beginning of a new school year with school starting the next day. For others, it’s just another holiday. But, what does Labor Day mean and why do we celebrate it?

A study of Labor Day wouldn’t be complete without first looking at how it became a national holiday!

Labor Day is a collective celebration of the hard work of all American workers. It’s not just for military workers; it’s meant to pay tribute to the work of all Americans. Though we still celebrate it several decades later, Labor Day actually emerged during one of the most dismal times in America’s labor history.

Toward the end of the 19th century, American workers often worked 12-hour days and 7-day workweeks. Though it was illegal, they also often had children as young as five or six working alongside adults in factories across the nation. Why children? Because employers could get away with paying them only a fraction of the adult wage – despite the fact that they often worked faster. Sadly, all workers had to put up with less-than-ideal circumstances for working, such as unsanitary working conditions, poorly ventilated factories, and very few breaks. This was especially true for the poor and for recent immigrants. 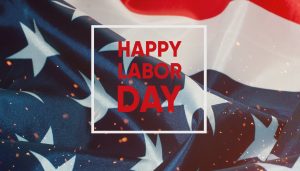 As manufacturing became more popular, so did labor unions. In fact, they became much more vocal and prominent in the 19th century. These labor unions organized strikes and rallies as a protest to poor working conditions. They also urged employers to renegotiate hours and pay for employees.

The idea of a holiday for all workers in America quickly caught popularity. But, when is Labor Day? While it’s different every year (since it falls on the first Monday in September and not a particular date), it is always somewhere in the first week of September. On September 5, 1882, about 10,000 workers took an unpaid holiday to march from City Hall to Union Square in New York City. This is known as the first Labor Day parade in the United States. It would still be another 12 years, however, before Congress would recognize the holiday as a national one.

Today, Labor Day is celebrated with parades, picnics, family gatherings, barbeques, and fireworks. For some, it marks the end of summer and the beginning of a new school year. Many adults also enjoy a day off from work. Looking for some other fun ways to celebrate this holiday? Perhaps one of the following Labor Day activities will be suitable for your family:

With the fall season right around the corner, your kids will probably welcome some fun end-of-summer activities. Whether you’re looking for something to add to your Labor Day lesson plans or just something for the kids to do at a family barbeque, we’re sure you’ll find these useful!

Your Guide to Homeschool Book Lists For All Ages

One keystone of homeschooling is reading. Many parents feel that reading is the most important subject to teach because it opens the door to…