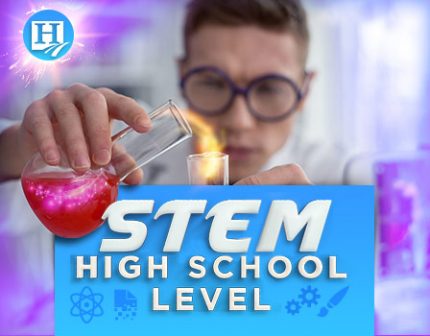 Looking for a patriotic high school STEM or STEAM experiment for May? This month in our STEM science projects series, we’ve decided to focus on and learn more about electricity as a conductor and as an insulator. The result? A super-cool flag that really lights up!

Ever wonder just what really happens when you walk into a room and hit the light switch? You may never think about it, but a flow of electricity must happen for the light to brighten the room. Just what causes electricity, though, and is there a way to alter it?

Materials are classified as either electrical conductors or insulators. Conductors allow electricity to flow freely while insulators do not. Essentially, electricity flows through conductors but it’s halted when it hits insulators. Conductors allow electrons to move without reservation but protons must stick to other protons and neutrons in the nuclei. Since metals can easily gain or lose electrons, they’re considered the best conductors of electricity. Some materials may be classified as insulators but given the right amount of conductive materials, they become conductors. For instance, ceramic is a great insulator but if it’s tainted with conductive materials, it becomes known as a “superconductor” because it moves electrons very freely.

Silver is the best conductor of electricity. However, because of its expense and the fact that it tarnishes, it’s not the 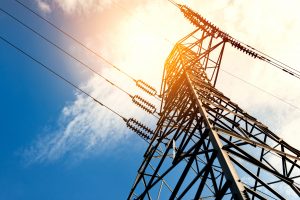 most desired. Next to silver, other metals are preferred such as gold, copper, aluminum, and mercury but even more objects are capable. Even dirty water and lemon juice can be conductors of electricity!

The shape and size of the materials matter as well. A thick piece of metal conducts electricity better than a thin piece of metal the same length. Similarly, if two conductors are the same thickness but vary in length, the shorter material will conduct better because there is less resistance (less material). Materials that have a very high resistance can work well as insulators, though.

In any electric circuit, you’ll need a combination of conductors (to transfer electricity) and insulators (to keep the conductors from bumping into each other). For this homeschool STEM project, you’ll need a conductor, an insulator, and some “art” dough for decoration along with a few other materials.

With this STEM science project, it’s a good idea to have three different colors of dough – which is perfect since you need three different types of dough! We’d recommend using blue as your conductor dough, white as your insulator, and red to finish decorating the flag. Should you decide to alter colors, just make sure you keep track of which dough is your conductor and which one is your insulator. This will be critical when working to prevent conductor pieces from touching each other.

In a medium-sized pot, mix together 1C water, 1C of flour, ¼-C salt, 3T cream of tartar, 1T vegetable oil, and blue food coloring. Cook over medium heat, stirring continuously until the mixture forms a ball in the center of the pot. Remove from heat and transfer dough to a well-floured surface. (Since the dough will be very hot at this point, it’s a good idea to spread it open and let it cool for a few minutes before handling it.) Store in an airtight container for up to three weeks.

In a large bowl, stir together 1C flour, ½-C sugar, and 3T vegetable oil. Once mixed together well, slowly stir in ½-C distilled water by adding it 1-2 tablespoons at a time. After all water has been incorporated, you should have a crumbly dough in front of you. Pull all pieces together to form one large clump, then work in ½-C of flour, kneading it in a little at a time. Store this mixture in an airtight container.

Depending on the size of your flag, you may be able to split the white dough in half and simply work in some red food coloring (this will be your “art” dough). Alternatively, you could make a second batch of insulator dough and dye it red so you have three colors.

Instructions for the Flag:

After you’ve made the dough, you’re ready to begin constructing your light-up flag!

Electricity is the result of a conductor and insulator coming together to create a circuit that propels electrons to move. This month, we hope you’ll enjoy this artistic take on a light-up flag that’s both educational and pretty cool to watch!