Summer Slide – What the Studies Say

2. What the Studies Say About “Summer Slide”

Parents often ask me, “How can I help my kids avoid forgetting the skills they’ve practiced all year long? How do I prevent summer slide?”  This entire book is, in part, a response to this concern. Summer slide is real. The National Association of Summer Learning* highlights the potential outcomes of summer learning loss:

More summer learning ideas can be found in our Summer Learning Challenge Podcasts!

I appreciate the concerns of the parents I talk with and I remember the efforts I made to keep my own children engaged during the summer months. However, before arming yourself with worksheets and flashcards, consider the value of substantial-quality vacation time.

You may find yourself having a tough time slowing down and giving yourself a deserved rest. If so, you aren’t alone. A 2014 survey released by the U.S. Travel Association and the market research firm GfK reported that 40 percent of Americans didn’t plan on using all of their paid-time-off that year.

Scientists tell us this is a mistake. The research shows that taking a break from work actually increases productivity and learning. In a study conducted at Florida State University, the performances of elite athletes, musicians, and chess players were examined. These individuals were shown to experience the greatest success when they practiced in 90-minute increments allowing the body and brain to rest and recover in between each period. Mary Helen Immordino-Yang, a researcher at the University of Southern California, suggests that the resting brain is not unproductive, but rather it is processing and assimilating facts and details it has just absorbed.

Daniel J. Levitin is the director of the Laboratory for Music, Cognition, and Expertise at McGill University and author of The Organized Mind: Thinking Straight in the Age of Information Overload.” In a fascinating article for The New York Times, he writes that the brain has two dominant modes of attention: the task-positive network and the task-negative network. Levitin writes that the task-positive network is active when a person is engaged and focused on a particular task. The task-negative network is active when a person’s mind switches into “daydreaming mode.” He describes these two networks as a “seesaw in the brain”.

“This two-part attentional system is one of the crowning achievements of the human brain, and the focus it enables allowed us to harness fire, build the pyramids, discover penicillin and decode the entire human genome. Those projects required some plain old-fashioned stick-to-itiveness.

But the insight that led to them probably came from the daydreaming mode. This brain state, marked by the flow of connections among disparate ideas and thoughts, is responsible for our moments of greatest creativity and insight, when we’re able to solve problems that previously seemed unsolvable. You might be going for a walk or grocery shopping or doing something that doesn’t require sustained attention and suddenly — boom — the answer to a problem that had been vexing you suddenly appears. This is the mind-wandering mode, making connections among things that we didn’t previously see as connected.”*

*A version of this op-ed appears in print on August 10, 2014, on page SR5 of the New York edition with the headline: Hit the Reset Button in Your Brain NYTIMES

Want to learn how to avoid the summer slide? Keep reading.

<< Back to ‘How to Avoid Summer Slide’ Main Page

Have you seen the rest of our Summer Goodies below? 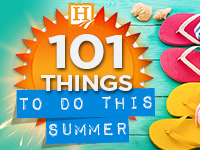 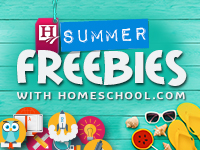 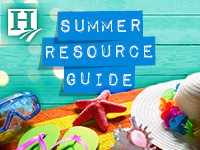