Space. The final frontier… or is it? The study of space, otherwise known as astronomy, is a field of study that is nearly limitless. Scientists continually discover new and amazing things in the “great beyond…” and science careers are fascinating! It’s a great opportunity for homeschool astronomy study, but one that starts when our children are young. Awakening interest in the study of the cosmos, or the world beyond our planet, is an important aspect of education.

The study of space is the investigation of everything outside the atmosphere of Earth. Astronomy studies celestial objects (such as stars, galaxies, planets, moons, asteroids, comets, and nebulae) and the processes of those celestial objects, like supernovae explosions, gamma-ray ray bursts, and cosmic microwave background radiation. (What? There are microwaves in outer space?)

Start your space unit study with these important space moments!

World Space Week is celebrated each year on October 4-10 by over 95 countries. It’s a time defined as “an international celebration of science and technology, and their contribution to the betterment of the human condition.”

Let’s start by asking the obvious question: why is there a week dedicated to space?  World Space Week was created as a way to commemorate two significant space-related events in 1999.  The United Nations declared October 4th through October 10th as World Space Week in recognition of the first human-made satellite that launched on October 4, 1957 — Sputnik!  Sputnik paved the way for space exploration by taking the first tentative journey. Further, ten years later on October 10, 1967, The Outer Space Treaty went into effect.  The Outer Space Treaty, also known as the United Nations Treaty on Principles Governing the Activities of States in the Exploration and Peaceful Uses of Outer Space, including the Moon and Other Celestial Bodies, was signed on that date to encourage space exploration.  The Treaty is the foundation of international space law!

World Space Week is all about supporting space studies, as well as educating the public about the universe and our galaxy or solar system in particular. This international celebration brings together nations, as well as science and technology.  The main focus of studies and programs during World Space Week is to explore how studying outer space directly leads to human betterment and appreciation of our reality.  It’s a sad fact that the space program has been limited, and World Space Week aims to show the public interest and desire for greater space exploration, knowledge, and even the consideration of possible options that lay within space for economic development.

You may be surprised to discover how much outer space and astronomy affects science and the world we live in.  It’s important to take care of our planet, but our world does not exist in a vacuum. It is guided and influenced by our solar system and 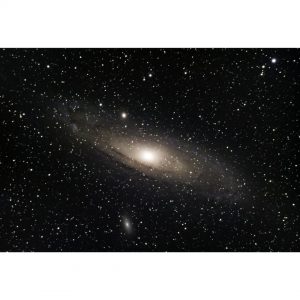 the other planetary bodies within it.  Not only can a space study encourage interest in this fascinating subject, but it can give greater awareness and perspective of both the fragility and strength of our world.

As far as we know, Earth is the only planet with life.  The great majority of organisms on earth, including ourselves as humans and our own loving pets, need a proper supply of oxygen and water to survive.  When we study space, we learn how limited this supply is for the living conditions we need, which impresses our need to take care of what we have. Our planet is special — and a space study reveals that!

There are several logical reasons to study and explore space.  NASA and our own government in the U.S. have made many statements about the benefits of the space program in terms of national security, scientific discovery, and economic benefit.  However, there are many more, less tangible, reasons to study outer space. These reasons are probably the most compelling, but the least mentioned since they can’t be analyzed on a chart or defined by numbers.

Your Guide to Homeschool Book Lists For All Ages

One keystone of homeschooling is reading. Many parents feel that reading is the most important subject to teach because it opens the door to…