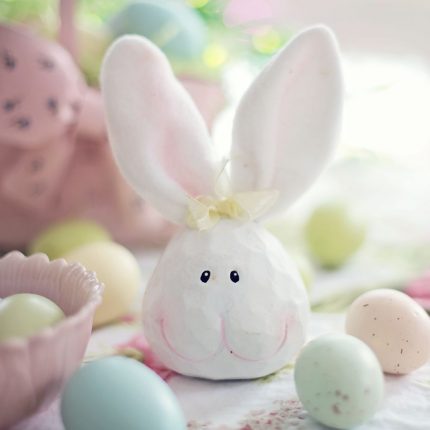 The Truth about Easter Traditions

This is a guest blog post from Alpha Omega Publications.

Have you ever wondered why we observe the present-day Easter symbols and traditions? If you knew their origins, would it make a difference in the way you allow your children to observe this holiday? Like the celebration of Christ’s birth at Christmas, Easter has turned into a melting pot of activities that have nothing to do with our Lord’s death and resurrection. Although traditions like the Easter bunny and Easter egg hunts seem as harmless as believing in Santa Claus, they actually have a significant association with pagan worship and rituals from the past.

The name Easter is never associated with the death and resurrection of Jesus Christ in the original Scriptures and is actually derived from the word “Eostre.” Eostre was Queen Semiramis, the wife of Nimrod, Noah’s evil but enterprising great-grandson (Genesis 10:6-8).

Nimrod built the major cities of Babel, Asshur, Nineveh, and Calah (Genesis 10:10-12), which were known for their evil and unimaginable worship practices and perversion. Remember the story of Jonah? After Nimrod’s death, Queen Semiramis kept these evil practices alive by deifying Nimrod as the sun god. Later, Queen Semiramis gave birth to an illegitimate son, Tammuz. She convinced the people that this son was supernaturally conceived and the child promised by God in Genesis 3:15. The people worshipped Tammuz as the reincarnation of Nimrod, but more importantly, the people worshipped Queen Semiramis as the mother goddess. The horrible human sacrifice, idolatry, astrology, and satanic worship in these false religions —sun (Nimrod) and moon (Eostre) — continued until the time of the Tower of Babel. Because of their sin, God confused the people’s language to disperse them throughout the world (Genesis 11:7).

As the people resettled in new lands, they took their pagan worship with them. Queen Semiramis came to be known as Ostera (an Anglo-Saxon goddess who symbolized the rebirth of the day and new life in the spring), Astarte (Phoenician goddess of the moon), Eastre, and Ashtaroth or Ashtoreth (the wife of Baal and the queen of heaven). Nimrod’s other names were Baal, Baalim, Molech, the god of fire, and the great life-giver. Any serious study of the Old Testament reveals God’s hatred for this false worship, and Ezekiel 8:14 specifically mentions Tammuz in its condemnation.

The beginning of Easter goes back to the springtime ritual begun by Queen Semiramis following the death of Tammuz. Legend has it that through her tears, Tammuz could be resurrected in the reincarnated form of new vegetation on Earth.

With the spread of Christianity many years later, it was a common practice to adapt the existing non-Christian festivals and assimilate them into Christian theology. Because Queen Semiramis (Eostre) was the goddess of spring and her symbolism dealt with renewal and rebirth, the Christian belief in the resurrection of Christ fit well with these themes.

Easter was originally dismissed as a pagan holiday by the nation’s founding Puritans, and the holiday was not observed widely in America until after the Civil War.

The Babylonians considered the egg a sacred symbol that represented Ostera’s fertility and new life (the 28-day cycle of the moon and the monthly cycle of a woman). The Babylonians believed in a fable about a huge egg that fell from heaven into the 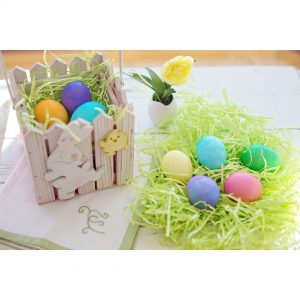 The Egyptians hung decorated eggs in the temple, and the Romans used decorated eggs in processions honoring the mother goddess. The Druids used the egg as their sacred emblem. Gauls, Chinese, and Persians also used colored eggs for their ancient pagan spring festivals to represent rebirth. During the Middle Ages, Europeans collected different colored bird eggs from nests to use as charms against evil and bring them good fortune. Later, the painting of eggs became more popular. Now, the Easter basket is used to resemble birds’ nests.

Rabbits have long been recognized as fertility symbols and can also be traced back to the practices established by Semiramis. In the 1500s in Germany, some people believed that bunnies laid red eggs on Holy Thursday and multi-colored eggs the night before Easter Sunday. Later, the custom evolved into edible Easter bunnies made out of sugared pastry. This tradition came to America during the 1700s with the Pennsylvania Dutch, who emigrated from Germany, and evolved into chocolate Easter bunnies and eggs during the American Civil War. Children believed that if they were good to the “Oschter haw” (Easter bunny), he would lay a nest of colored eggs.

After reading the enlightening details above, one might wonder if there isn’t a better way to celebrate the resurrection of Christ. The LIFEPAC 1st Grade Bible Unit 10 Worktext from Alpha Omega Publications can help with information that teaches Easter’s true meaning as found in 1 Corinthians 15:3b-4, “Christ died for our sins according to the scriptures; And that he was buried, and that he rose again the third day according to the scriptures.” Perhaps it’s time we change the world’s Easter back to Christ’s “Resurrection Sunday” and offer heartfelt praises for Christ’s sacrifice and victory over sin and death. Hallelujah, He has risen!

The History of Easter