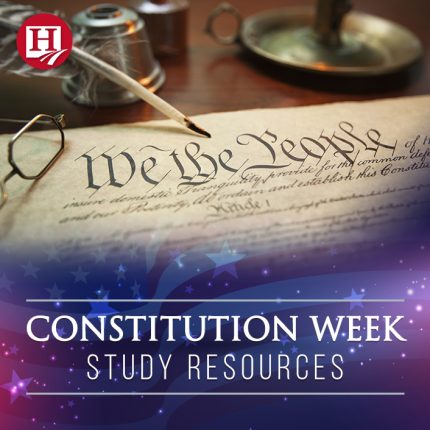 Being an American is certainly something to be proud of! Were it not for the rights outlined in the Constitution, you may not even be reading this article. Thanks to those rights, you’re free to read whatever you’d like. But, where do you get those rights? They’re outlined for you in the U.S. Constitution. The Constitution is such an important document that we devote an entire week to remembering its significance.

The Constitution of the U.S. is one of the most important documents for Americans. It stands to highlight the freedoms and rights American citizens have. As such, it makes sense to have a week of the year entirely dedicated to the U.S. Constitution. That week is known as Constitution Week and takes place annually September 17th-23rd.

In 1955, the Daughters of the American Revolution sent a petition to Congress requesting to devote a specific time period each year to recognize the Constitution. One year later (August 2, 1956), President Eisenhower signed the petition into public law. However, it wasn’t until 2002 when President Bush declared its inception that it became official. Ultimately, the purpose of Constitution Week was to set aside a time for study and education of the Constitution. After all, it is the oldest constitution in the world that’s still in use!

Use these activities on their own or pull them into a unit study on Constitution Week!

Constitution Week is a time to reflect on the rights afforded to us through the U.S. Constitution. These are rights we should not take for granted. Help your kids understand their rights and what the Constitution stands for by engaging in a Constitution unit study you can put together with the above resources!