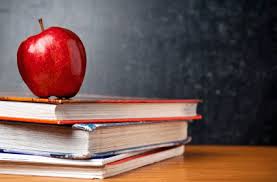 Few mental images can create a feeling of warmth and love as a parent reading to his or her child before bedtime. As your children grow, both you and your children can easily make the leap beyond picture books to chapter books. While each child’s interests and attention spans vary greatly, here are five of the best chapter book series we’ve read that have our own children asking for just one more chapter before switching off the light.

Over the last quarter century, Mary Pope Osborne has struck a chord with young children through the adventures of Jack and Annie from Frog Creek, Pennsylvania. The series currently consists of 55 books, as well as 35 companion non-fiction books. The first 28 books are shorter and intended for younger readers, while the longer Merlin Mission books begin with Christmas in Camelot (#29), a story that may soon be coming to the big screen.

Gertrude Chandler Warner wrote the first 19 books in the series from 1924-1976, but since subsequent authors resumed the series about Henry, Jessie, Violet, Benny, and their grandfather in 1991, the series has exploded to 145 novels, including the most recently released Election Day Dilemma in 2016. While the original story won’t be surpassed in the hearts of children, The Yellow House Mystery (#3) and Blue May Mystery (#6) are two favorites worth mentioning.

Any child who has ever made a vehicle sound while playing can quickly relate to the daring mouse from room 215 of the Mountain View Inn and his bright red motorcycle. The trilogy from award-winning author Beverly Cleary includes Ralph and the Motorcycle, Runaway Ralph, and Ralph S. Mouse. Each of the three books was also made into an “ABC Weekend Special” film production.

Although young sports fans naturally gravitate to this incomplete tour of all 30 Major League Baseball stadiums, this fictional mystery series by David A. Kelly does a fantastic job of offering so much more than sports action. Notably, the series introduces readers to significant elements that connect the team to the city, such as Houston’s impact on the space program, Detroit’s role as the Motor City, and Philadelphia’s important place in American history. With the release of The Capital Catch (Washington, D.C.) in March 2017, the series now includes 13 titles, as well as a World Series special.

Little House on the Prairie

Any list of children’s book series would be incomplete without mention of this beloved nine-book series by Laura Ingalls Wilder. While some children may have a hard time imagining a life where they couldn’t get all their food from the grocery store, these autobiographical novels paint a realistic picture of the harshness of life in the 1800s in the context of a warm and loving family.