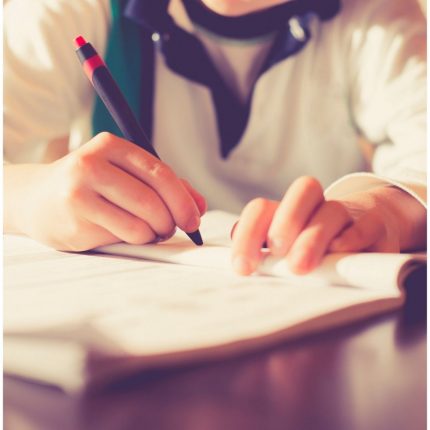 Teaching our children how to write well can often seem more like a war than a homeschool classroom. The declaration of war from our children may arrive in the open form of a complaint or in more subtle ways.  Sometimes the mutiny comes with a full-frontal assault through displays of apathy or dejection. Other times it arrives with a sneak attack through excessive wordiness without depth. Your attempts to encourage your children with statements like, “You have to have this to graduate and get a real job,” fail to fix the issue. Instead, the classroom quickly turns into trench warfare with enough stubborn resistance and verbal grenade tossing to leave both sides frustrated. Finally, you seize on any small win and call for a truce. The young mutineers give just enough effort to pass the class, and you don’t really push the point too far.

Sound familiar? So, what if your children’s writing is a short, cold and empty formality or an excessively vague, insubstantial, over-worded goo as fun to read as scrubbing your brain with sandpaper? Before we as parents started teaching our children how to write, many of us would have struggled to write well ourselves. Now we find ourselves telling our children to work hard at an art where we still remain reluctant apprentices.

Perhaps it isn’t the best idea to tell them, “Today you’re going to learn to write and rewrite until your fingers fall off, while tomorrow’s torture will be Expositional and Persuasive.” Maybe save that subtle encouragement for those rare children who want to grow up to write instruction manuals for a living. Now don’t misunderstand me.  Learning the rules to write correctly is necessary for us to communicate clearly, 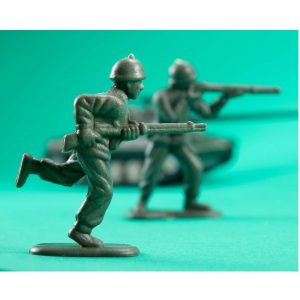 concisely, and effectively…that is unless you intend for your grandchildren to learn whatever dribble evolves out of a generation of texters when they begin teaching.  With that in mind though, we must reach past the basic rules of writing to be effective and enjoyable. Do both I and my words need a good, strong skeletal structure? Obviously, yes! Should we let it wander out alone? Not on your life!  Though necessary, things can get a little chilly and not a lot of fun to hang out with.

This article could have begun with statistics and rules on writing, and it would have been just another article you might not remember two days from now. If it makes you feel better, I can trot out terms such as Subject-Verb Agreement, Nominative Clauses, and Descriptive Phrases. Or, I can cite statistics such as the forty-five million Americans who are functionally illiterate in order to make my point. Instead, I’ve let my words spin round with Metaphor, quickstep with Hyperbole, and hum with enough Humor that hopefully, they’ve begun to dance with a little encouragement and excitement for you. Just a little. Not too much, of course, but hopefully enough you’re starting to tap your foot and hum a little.

While we all know there’s no magic pill, is there a way that blows life into that valley of dry bones that we and our children are travailing in? I think there is. May I humbly submit that anyone, including children, who discovers something intriguing, entertaining, or adventurous is far more inclined to do it well? A good example of this is that I personally can’t remember but maybe ten of the U.S. state capitols despite countless hours facing down memorization cards when I was in school, yet my own second-grade daughter delights in bellowing out all of them repetitively because she loves the catchy little tune. We can hardly get her to stop long enough to have a moment of peace and quiet anymore, “cause it’s school work.” She’s learning it because she enjoys it. I, on the other hand, can’t remember them all because my brain blanks out the memory of endless hours of memorization cards and lectures telling me I had to know it by heart before I could graduate.

Does everything in school have to be fun, fun, fun? Not necessarily, but good Writing requires something different than Math. Math is pure, stable, dependable, and gets you to the moon and back quite nicely. Good writing always has a bit of wildness and excitement to it. Its students have paced the heaving, wave-swept decks with Long John Silver to find Flint’s treasure, or walked the depths of the seas with Captain Nemo and his crew, and have taken us to strange and exciting places where Math dare not go.

Enjoyment is the Key to Conflict Resolution

Take a guess as to whether I am enjoying writing this article, which I’ve rewritten for you several times, or am just writing it because I have to. Then, measure the effect. Despite the extra hours I’ve invested in writing, editing, and rewriting, the effort has been too much fun to be called work. My point is that if your children only learn to write because they have to, they’ll probably never do it well. It will be form without function, a roar without the lion.

Writing is a unique animal.  If you keep it in the stable and pull it out only when you need it to shuffle along like a swayback cart-horse through the public thoroughfare for you, you can. Like many others who’ve lost their keys, you may not know how to unlock the gate which fences in the beautiful animal pacing on the other side of such an insurmountable wall. If you’d like to walk with me through future articles on this, I just happen to know where there’s a little door we can slip through in “Spare Oom” to get to the other side. By the glow of an old street lamp, you may see that it’s not a mere cart-horse waiting for you at all. With a little time and a pinch of Excitement in your pocket, you may discover a great-winged Pegasus ready to carry you above the war-torn trenches in which you and your children have been fighting in, until now.

How to Help Your Child Reach Their Writing Goals